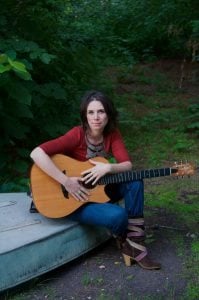 “Concrete is a scrapbook chronicling character-defining moments in the life of Elisa, and the eccentric personalities she unearths through probing the recesses of folkloric Americana.”

The album title, Concrete, represents the shifts happening in Elisa’s physical and sentimental landscape during this transitory time. “In New York, I was surrounded by concrete, the streets, the buildings, and the sidewalks. But, at the same time, I didn’t have emotional concreteness,” she reveals. The album documents Elisa finding bliss through a centering love relationship and the sweet simplicity of rural domesticity. Complimenting these revelatory personal narratives are fascinating, quasi-mythical tales of eccentrics that time may have forgotten. “There is something about these oddball characters that everyone can relate to,” she says. Tying these perspectives together is Elisa’s emotional eloquence which dynamically shifts from blunt realism to floral pensiveness. 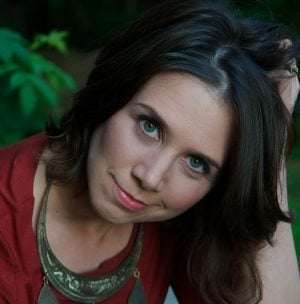 An album highlight showcasing her astounding lyric writing is the gripping “Love to Love,” a song based on the life of Victoria Woodhull (1838-1927). Victoria was a pioneering feminist, the first woman to run for president, the first woman to publish a newspaper, and the first woman to own a Wall Street bank. In her own words she was “too many years ahead of this age.” “Love to Love” is like a fireworks display of Elisa’s dazzling literacy, a style best explained by the description “grit with grace.”  Here she sings such harrowing lines as: Born in a wooden shack in Homer, telling fortunes for my keep/My father starved and hit me; doctor wed me at 15/Two kids and one drunk husband, who squandered all our dough/I was an actress, whore, and psychic for a Travelling Medicine Show.

The literary companion to Concrete is Elisa’s debut book, Hundred Miles to Nowhere: An Unlikely Love Story. First told on Concrete’s “100 Miles to Nowhere,” Elisa developed the story of her move into a lyrical, humorous, and touching memoir that chronicles Elisa’s move from New York City to New York Mills, Minnesota. The book describes how a singer-songwriter found somewhere, and someone, in the middle of nowhere. It will be available from North Star Press in June 2017.

Listening to Concrete and reading Hundred Miles to Nowhere, one is struck by Elisa’s versatility with words and music. Her words are musical, and her music is lyrically expressive. She has the unusual ability to step outside herself and inside of others to pen songs that resonate broadly, while also articulating her inner life with humor, candor, and humility. But that’s the crux of her work: sharing feelings with boldness and authenticity.