Minnesota: North Star Press released Hundred Miles to Nowhere: An Unlikely Love Story by New York City performing songwriter-turned-rural-writer Elisa Korenne on June 6, 2017. The book was a finalist for the Next Generation Indie Book Awards and is already into its third printing.

Korenne, an award-winning songwriter known for her original songs about oddballs in history, left New York City in 2006 to be an artist-in-residence in rural west central Minnesota. When she fell in love with the local outdoorsman, she moved and became a fish out of water in New York Mills, Minnesota, a town of 1100 people. To survive the culture shock, she wrote and composed about herself and other oddballs. “I felt lonely and disconnected,” Korenne says. “So I channeled my loneliness the only way I knew how.”

Korenne’s culture shock evolved into a memoir that is already gaining attention. In smooth, well-crafted prose, Korenne’s memoir tells the story of finding somewhere, and someone, in the middle of nowhere. The book is an unlikely love story about a musician, culture shock, and discovering that sometimes lost is on the way. It features naked jaunts through New York City, a three-day canoe-camping trip of a blind date, learning how to eat roadkill for dinner, moonshine, and a tornado.

Since becoming a Minnesotan, Korenne has become known as a pioneering rural artist. Gull Lake TEDx chose Korenne to be a featured speaker at their April 2017 conference. Prairie Public Television in Fargo, North Dakota commissioned her to create songs and appear in a series of ten mini-music documentaries of unusual people and events in the Upper Midwest. Subjects include controversial politico A.C. Townley, health-insurance saleswoman Sister “Lumberjack” Amata Mackett, and Mail Order Bride Rachel Calof.

Korenne began her music career in 2001 after leaving her role at the international development nonprofit she cofounded, Geekcorps. An alternate Peacecorps for technology professionals Geekcorps helped build businesses developing countries. “I loved what I was doing, but music was calling to me.”

Now, Elisa Korenne is a singer-songwriter, storyteller, and a student of history who weaves songs about the human condition from strands of rock, blues, folk, and Americana. In her hands, stories of fascinating and under-sung historical figures become song portraits. Extraordinary experiences become musical snapshots of emotional truths.

Korenne’s Ordinarily Unsung material about oddballs in history began with two songs: “Butte” about a Montana madam who committed suicide, and “Andy the Lightbulb Eater” about sideshow performer Todd Robbins. Korenne explained, “When I started performing them, my audiences sat up straighter and leaned in. Listeners kept requesting those songs, and people would come up to me after concerts to tell me how much those two songs resonated with them. I couldn’t help but write more songs like them.” Korenne began to collect books from dusty corners of used book stores and seek out unusual museums and exhibits to inspire new material. Then she developed thematic song-and-story concerts that combined her original songs and new stories along a theme. “ ‘Oy Vey’ is Jewish for ‘Uff-da’” tells tales of the Jewish pioneers. “Madams, Matrons, and Madwomen” explores women in history who were too fascinating for the history books.

Her experience writing about fish out of water helped Korenne craft her story in Hundred Miles to Nowhere, but first she had to learn how to write. “I thought I knew how to write. I already wrote professionally: song lyrics and reports on technology and development. I naively thought it would take me a few months to write a book.” Eight years after her initial efforts at capturing her story in a column for the New York Mills newspaper, Korenne finished her memoir. “The book looks almost nothing like those first attempts,” she admits. “Hopefully, it’s a lot better.”

Korenne still lives in New York Mills, now with her husband and two young sons, a baby and a two-year-old. Despite her success at cultivating a music career and a life in rural Minnesota, Korenne still feels the culture shock of being a fish out of water. “Now it usually just makes me smile,” she says. “And it serves my husband well. When he wants to be bold and direct—two very un-Minnesotan characteristics—he just sends me in to do it.” When asked what she misses most about New York City, Korenne still answers “performing arts and an oversupply of fine, decadent baked goods.”

Hundred Miles to Nowhere: An Unlikely Love Story by Elisa Korenne will be available at bookstores across the country, Amazon.com, and NorthStarPress.com. 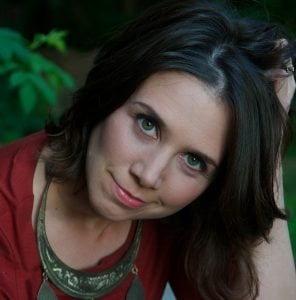 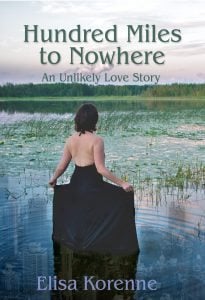